Creating dispute response documents and understanding disputes are vital parts of the dispute analyst job. Here are all the key pieces of information merchants and analysts need to respond and analyze disputes.

***Author’s note: For a more thorough explanation on actionable documentation, please read How to Create a Chargeback Response [The Right Way]. This post explains all of the elements involved in drafting a response, and provides an example of how to draft a response for American Express Reason Code C08. This section should be read as an extension of the recommended post.***

Issuing banks and card networks have guidelines on how analysts should format their response. Moreover, their guidelines differ based on the reason code tied to the dispute. For example, a consumer dispute involves providing evidence that a cardholder received the shipped good. Some examples include:

While gathering all of this evidence, there is still an unanswered question: how should analysts format their response document? It will be easier to answer with clear documentation or a guide that explains the process well.

Fortunately, Chargeback has response templates that resolve all formatting inquiries. Analysts and merchants alike can view our templates here. Each template is tailored to address and specific reason code. Here are some elements they can expect from each template.

Every response requires a strong argument. But is also must be supported by evidence included in the document. The best rebuttal is one that summarizes all of details in the document and address how it proves the transaction is valid.

While there is persistent evidence analysts can use for different responses, some reason codes require specific evidence for the dispute to be rejected. Feel free to search for the exact reason code right here and learn how to respond.

Feel to jump on this page to see our selection of response templates.

***Author’s note: We have two posts that give a more thorough explanation of the following metrics. For the dispute rate, we recommend Calculate Your Dispute Rate (And Protect Revenue!). For the win rate, please read How Do You Calculate Your Win Rate?. The following section provide a more actionable approach in using both metrics to improve in dispute management.***

Of all the metrics involved in dispute management, the dispute rate is the most important. Not only does this metric assess a merchant’s dispute volume, but it also informs issuers, processors and card networks whether a merchant is too much of a dispute risk. After all, it is not just the merchant’s revenue at stake whenever the dispute is filed. Here are some examples of what is at stake for other parties in the dispute lifecycle:

While the threshold of a “high risk” merchant is 1%, it is recommended for analysts to make efforts in lowering their dispute rate. And it is strongly advised to keep record and compare the dispute rate on a regular basis.

As mentioned before in our earlier post, the dispute rate is calculated differently from one card network to another. Here is a quick recap of how it is calculated by Visa and Mastercard, respectively.

It is advised to analyze the dispute rate on a monthly basis, but a quarterly analysis is sufficient. This will not only provide an overview of the dispute rate. It also helps an analyst uncover high- and low-points in the overall dispute rate.

This will help them search for additional findings, such as:

Think of a win rate as a personal assessment of the dispute analyst and their team. But instead of assessing the dispute volume (as explained in the previous section), the win rate assesses how successful they are in winning against disputes.

How the win rate is utilized will depend on the analyst’s objective. But it never changes how a win rate is calculated. Here is a quick recap of how to calculate a win rate:

In short, a win rate provides an overview of the dispute team’s record of winning against disputes. It can be broken down month-to-month and on a quarterly basis. If organized properly, an analyst can find answers to follow-up questions, such as:

While examining the dispute rate and win rate, it is useful to report how successful the team is in preventing disputes. One way to do that is calculating the net change of the dispute volume.

For example, let us say the team implemented new tactics to prevent disputes. Some examples may include a revised return policy or a more lenient approach to reduce a decline rate. In order to assess its impact, it is recommended to calculate the net change before and after these tactics were implemented.

Here is some fictitious data we can work with.

While this data is for illustration, the objective is to explain how it a dispute team can breakdown and assess their tactics. As of April, it appears their tactics are performing well.

Another way to assess a tactic is to put a dollar amount on it. For the sake of argument, let us say the average dispute amount within the date range above was $300. This would mean each dispute would put $300 of revenue at risk for a potential loss. Here is a breakdown of how much revenue was saved from being disputed. 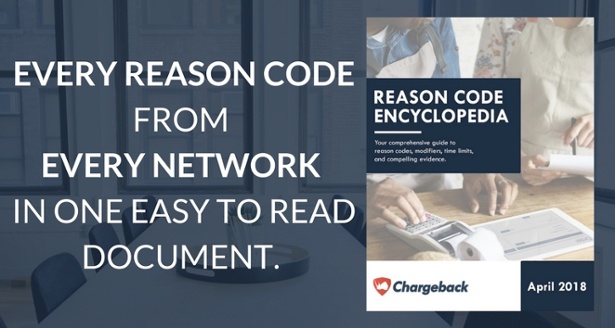